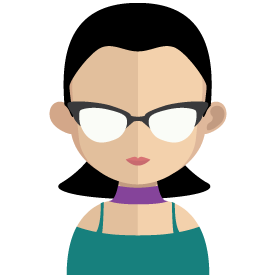 If an officer stops you for being under the influe …

When most people think of criminal attorneys, they …

It is quite common for people to underestimate how …

If you got a little carried away with the alcohol …

The word crime is likely to invoke images of grues …

If an officer stops you for being under the influence and driving, there are several charges the officer may levy. While some of these charges are essentially the same, there are sometimes slight differences, and the initials can get confusing. Knowing what the officer accuses you of is the first thing you need to know when communicating with your OWI lawyer. What are the differences? Read on to figure them out.

Operating while intoxicated, or OWI is used in Michigan, Iowa, and Wisconsin when your blood alcohol content (BAC) is .08 percent or higher. This charge is equivalent to Driving Under the Influence or DUI in other states.

If you are under 21, most states have zero-tolerance laws in effect. Zero tolerance means you can be charged with OWI if you have alcohol in your system.

To convict you of OWI, law enforcement must be able to show your BAC was higher than .08. The officers must perform some testing either on-site or at the station. These tests may include the following:

Penalties for first offenses vary significantly by state. For example, the first offense of OWI in Iowa can result in up to a $1250 fine, a six-month license suspension, and a year in jail. But in Michigan, the same charge only results in up to a $500 fine, community service, or up to 93 days in jail.

Operating While Visibly Impaired, or OWVI, is a charge only found in Michigan. OWVI charges do not have to reach the blood standard set by OWI. There is no minimum BAC level.

An OWVI charge is often the officer's opinion as to whether you can safely operate a motor vehicle in your current state. An OWVI charge can apply to both drugs and alcohol.

The charge often comes down to the officer's word versus your word. Because there usually is no proof, and the prosecutor has the burden of proof, a good OWI attorney can often get the charge dropped.

Operating With the Presence of Drugs, or OWPD is a charge levied when the arresting officer suspects you are under the influence of a controlled substance. The system will subject you to testing following your arrest. If any drugs show up in your system, charges can stick.

Unfortunately, some drugs remain in your system for days or weeks after they are smoked or ingested. Drugs in your system mean you could face charges even if you did not consume drugs that day.

The penalties on these charges are too high to risk going to court without the services of an OWI lawyer. The money they save you will often more than pay for their services.

To learn more, contact an OWI lawyer in your area.